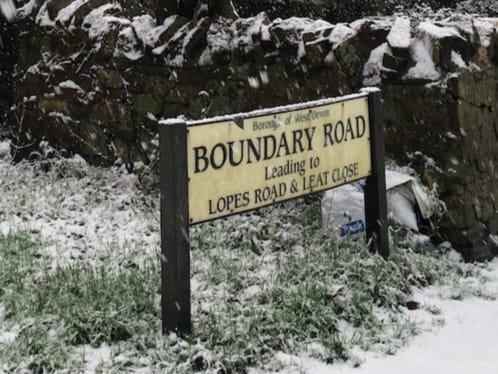 Constituency boundaries are being reviewed (picture by Amelie Alen on pexels.com )

West Devon residents currently have an opportunity  to put forward their views on proposed constituency boundary changes which could see some communities change hands.

MP for South West Devon, Sir Gary Streeter, is content with the idea.

‘I think the proposed new boundaries for South West Devon will create a seat equally as coherent as the existing seat, combining as it does two much-loved suburbs of Plymouth and the rural region immediately adjoining it,’ he said.

‘I have experience of representing a seat that is partly suburban and partly rural. We can make this seat work!’

The 2023 boundary review aims to equal out the number of electors in each constituency and is now at the secondary consultation stage during which country-wide public hearings will be held.

Geoffrey Cox, MP for Torridge and West Devon, said: ‘The Boundary Commission has been set the task of making the electorates of each constituency approximately equal so that votes have the same value throughout the country.

‘That is an aim I strongly support, but I shall be very sad to lose the wards of Burrator and Buckland Monachorum, wards I have represented for 17 years and which the Commission proposes should be moved into the South West Devon constituency.’

The boundary review is being conducted in advance of the next General Election which must be held in 2024. The Boundary Commission is required to make a formal final report to the Speaker of the House of Commons before 1 July 2023, recommending any changes. For more information visit www.bcereviews.org.uk