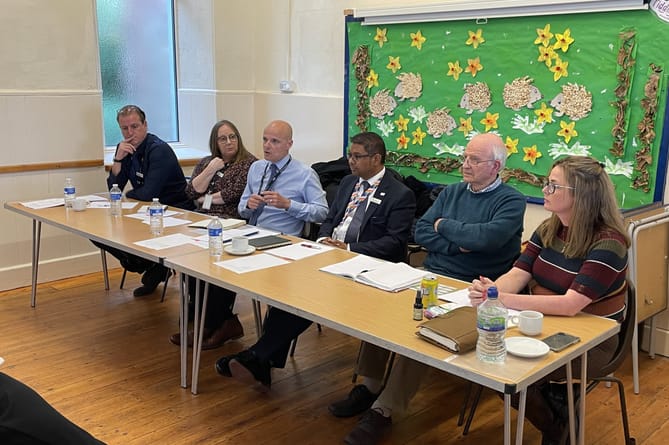 A COUNCILLOR lobbying for action over repeatedly cancelled trains on the Tamar Valley Line has secured reinforcements in her battle in the shape of Torridge and West Devon MP Sir Geoffrey Cox.

A caseworker for the MP in an email to Cllr Blackman: ‘Sir Geoffrey shall take this matter up again with GWR, highlighting the concerns raised and requesting further information as to why these cancellations continue to happen.’

Cllr Blackman called for support from the MP after another short-notice cancellations left passengers stranded over the last weekend in May. This was despite four executives from the railway company pledging action over the long-standing issue six weeks ago at a public meeting in Bere Alston. She said she had been met by silence from GWR, although has since heard from GWR head of PR Jane Jones, who said the upcoming train strikes were the reason that GWR had not yet taken action to solve the problem.

In an email to Cllr Blackman sent earlier this week, Ms Jones apologised for the delay. ‘I appreciate how frustrating it is and I am sorry,’ she wrote. ‘You will be aware that the [union] RMT has called a strike for 21, 23 and 25 June, across Network Rail and all train operators on DfT [Department for Transport] railways. Our teams are working very hard on strike plans and that has meant a delay in getting the information together. ‘I have asked that they do all they can to get the information to me and I will provide a full update. I will be as quick as I can, and again I am sorry for the delay.’

Cllr Blackman stepped up her campaign after dismay at ‘a truly awful’ response received by one stranded passenger, who complained via the online customer services portal on GWR’s website. The response make no indication of knowing anything about the history of the line or the action pledged.

Cllr Blackman has also asked for action from Secretary of State for Transport Grant Shapps. She wrote: ‘I have residents unable to take up work, losing their jobs and children being left stranded as well as a lady in her late eighties only last week being left stranded with not alternative options provided leaving grave safeguarding issues. This has been an ongoing problem for many years, well before covid. We are a peninsula with limited transport options that are being heavily let down by GWR consistently.’