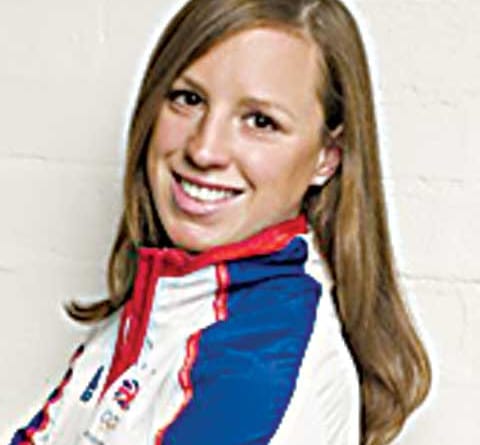 Heather Fell, Olympic modern pentathlete silver medalist, writes about her life 'on and off' the track.

Shop gets in the swing for RAF Harrowbeer’s 1940s weekend

No more deaths recorded in Torridge

IT is now more than a year since I moved into my flat and those finishing touches are just about complete. Thanks to a new boiler I can enjoy the luxury of a hot shower and no longer need to be disturbed by my lodger in order to manually turn on the hot water when I'm half asleep (the boiler being in my room and the lodger enjoying late night showers). I have also decided that sharing a flat with a boy requires a cleaner — a justifiable luxury I think!

Last weekend I headed across the Tamar for cross-country and this weekend I ventured across the River Severn for fencing — oh the risks I'll take for my sport! The trip to Cardiff was a great opportunity to fence with pure fencers — always valuable training. It is impressive how well the other pentathletes and I compare in these competitions, it proves how fitness must be a factor in the sport of fencing. The only negative side to these competitions is that however well you perform unless you win the whole tournament you go home once you've lost your final fight.

I expect it passed over many heads but the route of the Olympic torch was announced last week. There is good reason you may not be aware of the towns it is to pass through as shockingly it is not coming to Tavistock. The facts and figures that LOCOG (London organising committee of the Olympic games) are so proudly shouting about must put the whole of our town into the minority. We make up part of the 5% of the population that unfortunately do not live within 10 miles of the torch relay route, which as you would expect I find incredibly disappointing.

Stay updated with what Heather is up to via twitter:heatherfellnews