Three wins on the spin for in-form Yelverton 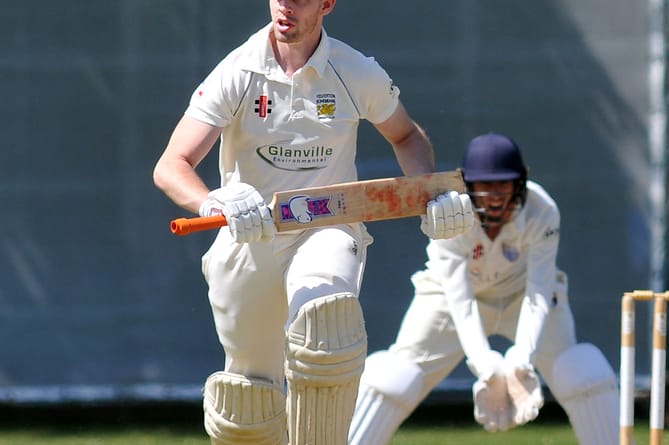 Following victories against Kingsbridge and Cornwood in previous weeks, Yelverton beat South Devon by 41 runs to make it three wins in a row and now move up to third place in Devon C Division West.

Yelverton, who won the toss and chose to bat first, got off to a steady start and were 25-1 off eight overs. Ben Grove (55) and David Ackford (53) then laid the foundation for the innings with a partnership of 112 off the next 19 overs.

A steady stream of wickets took Yelverton to 172-5 with 10 overs to go when Lewis Gunn-Collins joined Phil Mutlow at the crease.

The pair put on 50 for the sixth wicket before Mutlow (35) was out in the last over leaving Gunn-Collins 22 not out. Yelverton finished on 228-6 with South Devon’s best bowler being Noah Rider with 2-46 off his nine overs.

South Devon attacked the Yelverton bowling from the start and moved confidently to 64-1 from their first 16 overs.

Ben Grove then removed opener Ali Wright (35) and James Allen (first ball) in consecutive deliveries and two further quick wickets from Jonathan Malan and Josh Stevenson moved the momentum right back in Yelverton’s favour as South Devon were reduced to 68-5.

Powerful hitting by Paul Hooper and John Barlow, who put on 49 in 35 balls, kept South Devon near to the required run rate before Hooper was out for 34.

Barlow continued to strike the ball well but ran out of partners at the other end and he was stranded on 47 not out as South Devon were all out for 187.