Tavistock pipped to the post by Bridestowe at cricket 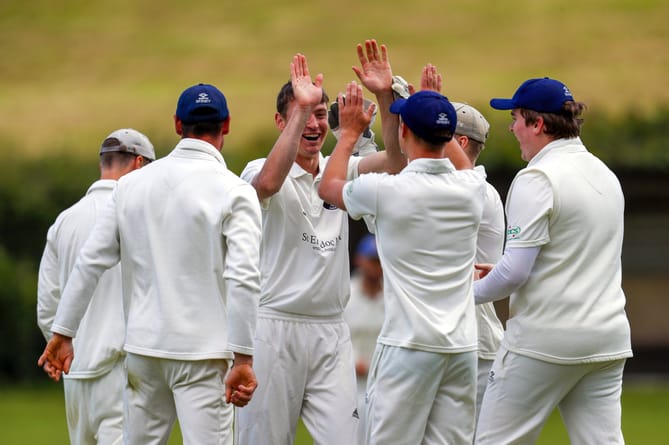 TAVISTOCK were pipped at the post by Bridestowe in a Moorland derby date that went down to the wire.

Tavistock were restricted to 134 for nine in a 32-over match, which Bridestowe knocked off with nine wickets down and seven balls to go.

Dave Manning (36) and Will Scott-Munden (28) got runs for Tavistock in the top half of the order before they wobbled from 88 for two to 97 for seven. Tom Pengelly (4-33) was the bowler who did most of the damage.

Matt Puttock went in seven wickets down and scored 25 not out to get Tavi up to 134.

Bridestowe found runs just as hard to come by and were languishing at nine for four after an initial going over from Dom Snyman (2-32) and Charlie Barriball (2-6).

Two wickets for Tavi captain Shaun Daymond kept the pressure on as Bridestowe stumbled to 56 for six.

The game turned on a stand of 57 for the eighth wicket between Bridestowe captain Dan Fogerty (40) and Pat Ewen (24).

Last pair Tom Boother and Callum Mallet had to find six more runs to win it, which they did when Boother slammed Scott-Munden for six.

Daymond was reluctant to be too critical of his side, who were a man short for most of the match after Aaron Churchill suffered an injury that prevented him fielding.

‘Considering we had 10 on the field – and lacked some regular bowlers – we fought well,’ said Daymond.

Reflecting on the batting performance, Daymond said: ‘At 88 for three with a good base and 10 overs left we were looking to get around 150.

Fogerty may have played a captain’s innings to win it, but he was eager to share the credit around.

‘At nine for three and 60-odd for seven we got ourselves in trouble and Pat Ewen played a very grown-up innings to get us nearly over the line.

‘Tom Boother and Callum Mallet held their bottle to get us the rest of the way there.’