No Bovey hangover for victorious Tavistock 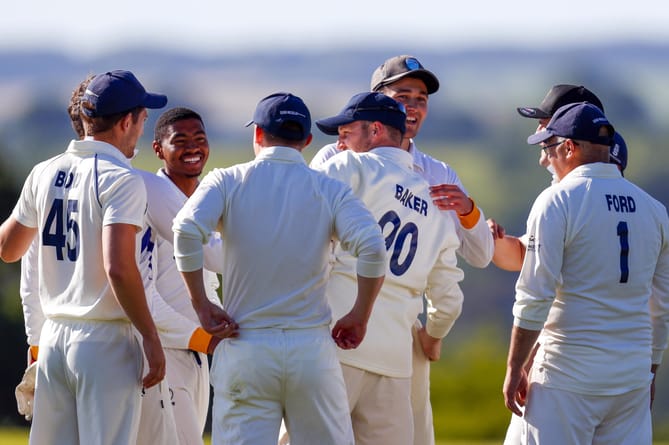 IN PICTURES: Action from Saturday’s Devon Cricket League B Division clash between Tavistock and Bideford. Pictures by Dave Crawford.

TAVISTOCK bounced back from their defeat by Bovey Tracey with a three-wicket win at Bideford.

The Westward Ho! team were undefeated going into round four in the B Division and looking like promotion candidates.

Bideford’s 45-over total of 215 for five was almost enough to make it four in a row, but not quite. Tavistock reached the last over from James Ford needing five to win and got over the line with two balls left.

Bideford were 110 without loss thanks to Tom Brend (75) and James Hayter (37) when Tavvy captain Shaun Daymond removed the latter to split them up.

Brend and Ollie Hannam were next to go before Clayton Malgas (38) and Ford (24) got the scoreboard moving again.

Ryan Burke (2-36) was the only Tavvy bowler to take more than one wicket.

Tavistock’s reply was underpinned by openers Steve Luffman (39) and Rhys Davies (55) batting for 90 minutes while Bideford’s bowlers toiled away in the sun. They put on 97.

Ford (3-54) and Malgas (2-28) had to earn Bideford’s wickets. Chris Luxton and Steve Bond bowled nine overs each at less than three runs a time.