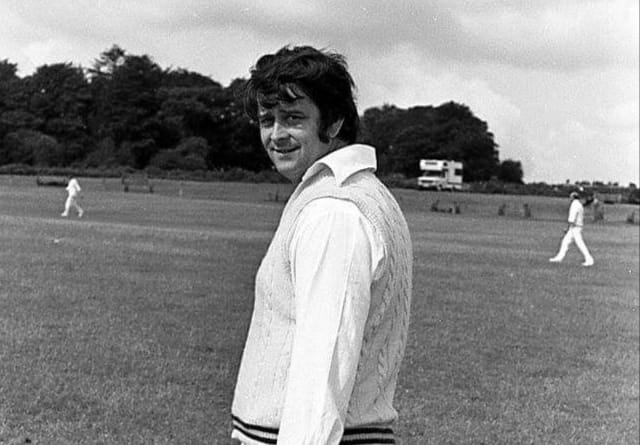 FRIENDS and former teammates have been remembering Tavistock all-rounder Tony Clapp following his death at the age of 75.

Clapp spent more than 20 years in the Tavistock 1st XI and was an integral member of the team that defeated Paignton to win the Devon Cup in 1971.

Despite an impressive record with bat and ball in club and league cricket, Clapp only featured three times in the county side.

Clapp took three wickets for 16 runs during a nine-over spell for Devon in a Peninsula Cup win over Cornwall at Tavistock in June 1975. He was not required to bat in a seven-wicket win.

When Devon faced Cornwall over two days at Truro the following month the selectors gave Clapp his Minor Counties debut. He dismissed former Surrey and Notts pro Dave Halfyard when he bowled and scored 31 with the bat in a game reduced to one innings a side.

Clapp stayed in the team for a 55-over game against the Royal Navy at Exeter. He picked-up two more wickets in a losing cause. Devon never came calling again.

Barry Chappell, a former teammate and long-time friend, said why Devon shunned Clapp was a mystery.

‘I used to keep wicket to Tony and know what an excellent bowler he was,’ said Chappell.

‘He was an excellent left-handed batsman as well and regularly up among our leading run scorers as well as wicket takers.

‘I have no idea why Tony did not play more often for Devon. And if Tony knew he never said so.’

Jack Davey, who returned from a pro career with Gloucestershire to play for and captain Tavistock in the early 1980s, said on his day Clapp was one of the best.

‘Tavistock had a good wicket in those days and Tony knew how to score lots of runs on it,’ said Davey.

‘He had some bad habits, like walking out to field smoking a cigarette, but made a huge contribution to the team.’

Anthony Edward Clapp was born in December 1945 and after attending primary school in Bere Alston won a place at Tavistock Grammar School. When he left school he went to work for British Railways in an office-based job and played cricket for the works team.

Clapp joined Tavistock in 1965 and played almost continuously until 1987, when work took him to Bristol and the family moved to Weston. The odd year out was 1982 when he did not play but stayed involved as fixture secretary.

When Tavistock reached the Devon Cup final in 1971, Clapp played a big role getting them there with a four-wicket haul against Plymouth in the last four. He had runs and wickets in the final.

In 1978 the club acknowledged Clapp’s contribution on and off the field by awarding him the Maurice Avery Cup for outstanding service.

When the Clapp family moved to Somerset in 1987, Tony joined Weston CC and wife Lorraine joined the tea-ladies team. Older Weston players no doubt recognised their new recruit from a 1970 touring game at Tavistock when he grabbed six of their wickets for 55 runs! Other sporting amusements included golf and snooker.

Clapp took early retirement from British Rail after 40 years with the company and went to work as a driver for the Worle and Weston Community Bus Service.

Life started to change from 2004 onwards when Clapp was diagnosed with progressive multiple sclerosis.

Tony Clapp is survived by wife Lorraine – the couple were married 51 years – and their daughter Jannine.