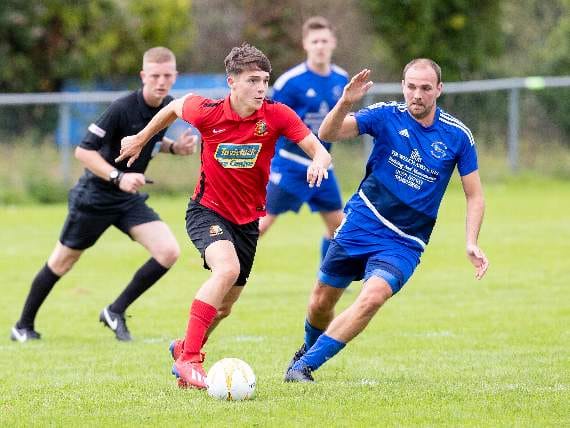 Tavistock's Alex Cairo, in red, goes on the attack

THE Lambs made the long journey to North Devon trough heavy holiday traffic for this match behind closed doors.

There were 12 players from last season, with nine of them making the starting line-up, and in addition, Jason Vincent returned from Buckland and Luis Edmonson came in.

The Lambs form carried on from last season when they were leading the league as within ten minutes they took the lead, Ben Cross’s centre was met by Vincent to stab home from close range.

The Lambs had further chances with Jack Crago, Liam Prynne and Vincent all going close before Alex picked up a loose ball on 20 minutes to get to the byline to cross to the far post for Vincent to head home.

Minutes later the Lambs were in full control of the game as Crago’s cross gave Prynne the chance to make it 3-0.