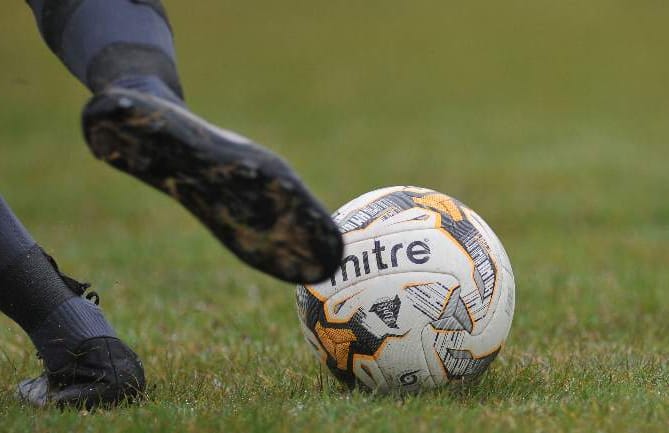 AN 11-day break from fixtures appears to have done Callington Town the world of good after they cruised to a 4-1 win over Wadebridge last night in the Peninsula Premier West.

Shaun Vincent’s side had plenty of time to reset both physically and mentally after their 6-2 Walter C Parson League Cup defeat to Bodmin on October 16.

Goals from Jack Tribble (2), Billy Northcott and Luke Cloke had the hosts well in the ascendency before Kyle Flew hit back with a penalty late on.

With a handful of players back in the Cally team after injuries, Vincent was full of praise for how his players returned from the hiatus.

‘We’ve tried to get a bit of a different message across to the players with regards to things like their fitness,’ he revealed.

‘We want to be honest with them and say that if you play well, you keep your place in the team. That mentality gets them all singing from the same hymn sheet.

‘That definitely showed last night, and considering how close we’ve come in certain games I think that result has been coming for a while.

‘We started well and got in their faces straight away – playing aggressively in a footballing sense and then growing in composure as the game went on.’

Full-back Matt Edwards, who set up Tribble’s first goal, and centre-back Ray Card were both singled out for praise by Vincent as returnees to the starting XI.

‘Having that breather meant that players could get back to full fitness having had a bit of a breather,’ said Vincent.

‘We had that bit extra in the tank, which meant we dealt with their quality players like Ruben Wilson and Kyle Flew really well.

‘Lewis Phillips was another who was fantastic. We tweaked the midfield a bit to give him more responsibility and it paid off, with Luke [Cloke] and Jack [Tribble] reaping the benefits.

‘It’s great to see those positive individual performances, and subsequently the good collective performances which are starting to come.’

Callington travel away to Penryn Athletic this Saturday (3pm) looking to secure back-to-back wins for the first time this season – something Vincent is targeting.

‘From what I gather, Penryn are a hardworking side who really graft for their points,’ he explained.

‘I’ve been told they’re quite similar to us in how they grind out results, but with our group of players we should have enough to beat them.

‘Bearing in mind the quality of our squad, I have no problem going down there and asking them to win. We’re far too good to be languishing where we are.

‘It’ll also be a great test to see if we can maintain that level of performance with only two or three days between games.’