What no snow? What a difference a year makes 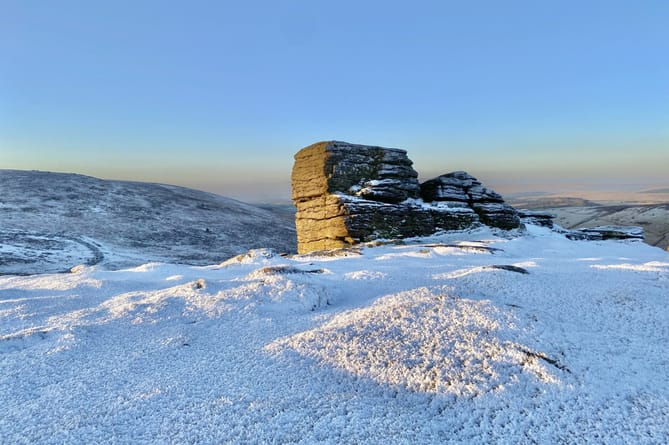 MORE than a year ago, police were warning snow tourists to stay away from Dartmoor as weather conditions worsened.

Officers were forced to close the Yelverton to Princetown B3212 road because it was too dangerous as snow and ice made driving a hazard. Yet still tourists flooded to Dartmoor.

In an entirely separate incident, Dartmoor Forest parish councillors were setting up CCTV cameras to deter drivers who were using Princetown as a skid-pan during the evening.

The cameras were set up amid fears that an accident could see someone hurt — or worse — and residents’ property damaged as racers from as far away as Torbay practised their snow-racing skills.

This winter, the cameras have stayed practically idle and the snow tourists have pretty much stayed away.

The reason is that Dartmoor generally and Princetown, one of the highest communities in the UK, has not this winter experienced anything like the level of snowfall it would normally expect.

That, according to local amateur weather expert Mark Shackleton, is because the area has not been subject to the kinds of winds, from the north west or the east, that would bring snow with it.

Mr Shackleton, a retired brewery employee, has lived on Dartmoor for most of his life and admits he is fascinated by snow.

He said: ‘I have been keeping records since the early 1980s and this last winter of 2021/22 has been the most snowless we have ever had on Dartmoor.

‘Even Princetown, due to its altitude, and which is classified as the snowiest place in southern England has had no real snowfall at all.

‘There have been a few light dusting on the the tors and this last Saturday morning a week before Easter was about the most significant snowfall of this last winter.’

‘There was snow, but it was of the very transient kind and it didn’t hang around for any length of time, probably a couple of hours. I don’t think it has anything to do with global warming, because you’ve been getting snow in Greece and Turkey. But Dartmoor normally gets snow from the north west or from the east, like the Beast from the East and this year it never happened. Last year, we had a lot of snow on the higher moors from December 27 to January 9 and snow in February.’

Mr Shackleton, who lives at Postbridge, started taking photos in the early 1960s with an old Brownie black and white camera and said: ‘In 1962/63, there was so much snow that people were being taken off the moors and there was a lot in 1947 and the 1970s.

‘I would call myself an amateur weather enthusiast and I find snow fascinating. I think, though, that people like talking about the weather because it’s so changeable. If you live in the Mediterranean, you can be pretty sure that during the summer months, it’s going to be sunny every day, but not here. You never now what it’s going to do. Next year could be very cold.’

Mr Shackleton said the lack of snow had prevented an influx of snow tourists.

He said: ‘It’s quite understandable that people want to come up with their families, because when you get snow, you get masses of people heading for one spot. However, you can be driving a 4x4, but you can still come off the road if you are not careful going downhill.’

Dartmoor Forest parish councillors were ready for snow racers paying more visits to Princetown, but that’s not something they or their residents have had to suffer. Cllr Greg Manning, the CCTV working group chairman, said: ‘It’s typical that we get the cameras but no snow.

‘The cameras were meant to be a deterrent, but we won’t know this year whether it worked or not.’