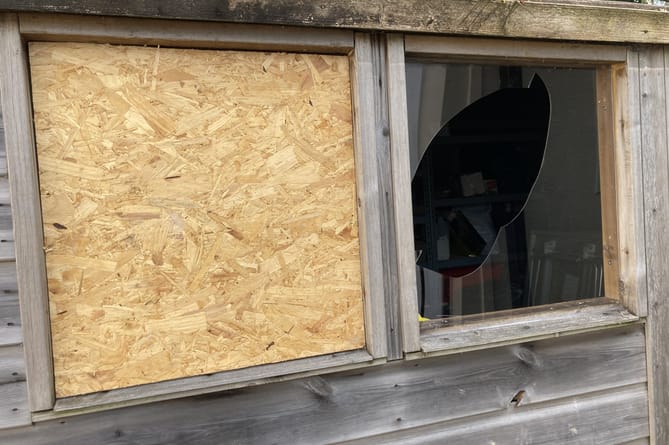 A LEADING councillor has offered to stump up £1,000 towards new security measures at vandalism-plagued Whitchurch Primary School.

Tavistock’s Devon county councillor Debo Sellis admitted she was angry over the level of damage at the school, which was hammered by vandals during the Easter holidays.

She said she was hoping to get the school the money from her locality budget, money allotted to county councillors on an annual basis.

Her offer came as the school governors were mulling over ways to keep vandals out of the school playground, which suffered damage to trees planted by youngsters, arson and saw the door of a storage shed kicked in.

Most expensive, busiest and trendiest parts of West Devon to buy a house revealed

Teachers said their pupils’ outdoor learning experiences were being affected by the damage and were considering installing extra security at the premises, which include a fence and CCTV cameras.

Cllr Sellis, also vice chair of the county council, said her locality budget had been cut from £10,000 to £8,000 per year, in common with other county councillors, but she still wanted to do something to help the school.

She said she was particularly upset that damage had been caused to the storage shed, as she had provided some of the money used to buy it.

She said: ‘Naturally, I am angry at what has happened at the school, because this sort of damage is so unnecessary. I am minded to give them £1,000 towards security measures, because when you are giving money to schools, you are obviously helping the pupils.

‘I must admit that in the past I have not been in favour of CCTV cameras, but my view is now that if you’ve got nothing to hide then they are not a problem.

‘I also understand they have got section 106 money (cash given to local authorities by developers towards facilities such as education) available, so they might consider using that as well.’

Cllr Sellis’ offer was welcomed by the school, who confirmed they were considering extra security at Whitchurch Primary. It is thought the CCTV would cost around £2,000, while the fencing would set the school back between £60,000 - £70,000.

In a statement, the board of governors said: ‘CCTV and a security fence are measures the school’s governors are currently considering in an attempt to prevent the kind of vandalism we have suffered recently. We would also ask our neighbours to act as an extra pair of eyes and report anything they see to the police immediately.’

The move to look at installing extra security was made after schoolchildren and staff returned from their Easter break to a trail of damage.

Upset teachers said the school’s outdoor learning zones were becoming no-go zones for their pupils after staff found drugs paraphenalia on the premises, which were promptly disposed of.

Youngsters who had taken part in planting trees around their school’s ground begged the vandals to stay away after they were ripped up. Police said they would be putting up regular patrols at the school and also asked neighbours to report the culprits.