1940s Weekend is back in August 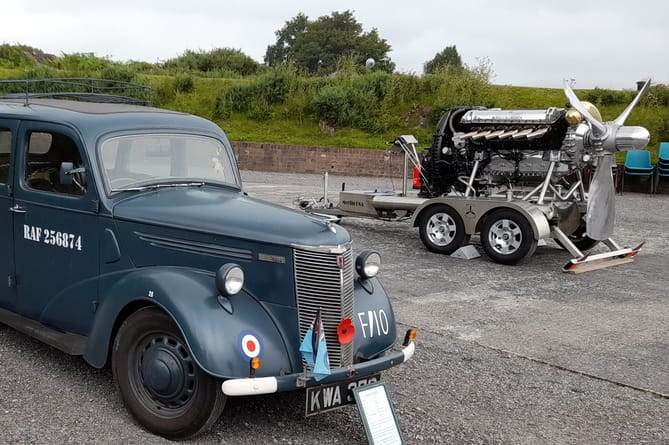 The RAF Harrowbeer Interest Group (HIG) will be holding its popular 1940s Weekend on the former WWII Airfield at Yelverton again on August 20 and 21.

Census 2021: West Devon has among the most pensioners in England and Wales

Census 2021: Torridge has among the most pensioners in England and Wales

Attractions will include the Rolls Royce Merlin Engine on a trailer, which proved to be a huge draw last year, an army camp with period re-enactors, military and classic vehicles, plus living history displays and stalls.

There will be vintage bus and steam engine rides with the Robey Trust too.

Entertainment will be provided by the Hummingbirds and Bern Stewart. It is hoped that there will be a flypast by the Battle of Britain Memorial Flight, but this hasn’t been confirmed yet.

Although entry and parking at the 1940s Weekend are free, the event does need financial support and the HIG is asking for donations to help cover costs. For more informatiom go to the website: www.rafharrowbeer1940s.com.

RAF Harrowbeer was operational between 1941 and 1946. Many different nationalities flew from Harrowbeer, mostly RAF Squadrons but also Fleet Air Arm and US Navy. The airfield was eventually demolished the 1960s and visitors will mostly be aware of the airfield’s existence, alongside the A386 at Yelverton, by the taxiways and the aircraft bays that are virtually as they were 80 years ago.