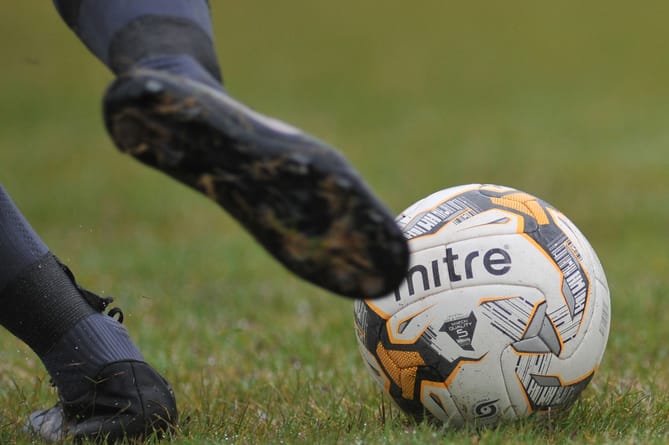 FIVE new teams were welcomed into the South Devon Football League at its annual meeting earlier this week.

The first two newcomers were Morley Rangers and Plympton Athletic Reserves, who move across from the Plymouth & District League. They will both play in Division One.

‘I’ve been at the club for around 10 years and during that time it’s become clear that we needed a change from the P&D League,’ said Morley manager Craig Taylor.

‘We spoke to the lads and to a man they all agreed that they wanted a change of environment. I’ve heard really good things about the South Devon League.

‘We’re really lucky that we have a core group of players who have been together for five or six years. A few of them have played in the South Devon League before so they were unanimous.’

Morley play their home games on the artificial surface at Plymstock School. Club secretary Peter Frankland added: ‘We’ve had a bit of success recently and we needed a bit more of a challenge than the P&D League was giving us.

‘I spoke to Alastair [Muirden, SDFL league secretary] and he was really keen for us to come aboard. Division One is a sensible one to go into because we don’t fully know yet where we’ll slot in.’

Scott Pickering, manager of Lee Moor-based Plympton Athletic Reserves, said: ‘We feel we can offer a bit to the league. I have a group of young players who I want to develop outside of Plymouth.’

Following a merger between Totnes & Dartington and Meadowbrook Athletic, the new club has formed a reserve team which will play in Division Four.

Simon Head, TD&M club secretary, explained: ‘After pulling our first team from the Devon Football league we were always looking to put a reserve team back in somewhere.

‘Player-wise we’ll have a lot of lads coming from Meadowbrook and a few from Salcombe Town. As you’re all aware, our facilities at Foxhole are second to none.’

They will be joined in Division Four by fellow newcomers Paignton Villa Thirds and Waldon Athletic Thirds – two teams which have been formed, in the representatives’ own words, to ‘give club players more game time’.

Plymouth side The Windmill have been promoted to the Devon Football League from the Premier Division, while Division Three outfit Teign Village have shifted sideways into the Devon & Exeter League.

Among the many other movements in the new constitution are the promotions of Kingsteignton Athletic and Chudleigh Athletic to the Premier Division. Division Two winners Ilsington Villa have also been moved up to Division One.

► Teams in bold have been promoted, underlined teams have been relegated and teams in italic are new applicants.