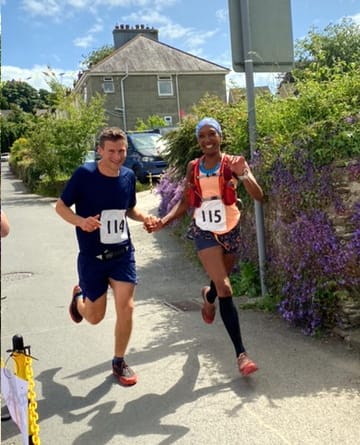 HAND IN HAND: The ‘ethos of the Buckland Bounder. Picture by Venetia Hallam.

THE fifth Buckland Bounder took place on Saturday, June 11 during the Buckland Monachorum Summer Fair. A total of 110 runners representing various running clubs entered the event, along with individual runners from as far afield as Bristol.

All finishers received a pint of Jail Ale from Dartmoor Brewery and a medal. Many runners took advantage of pre and post race massage from Irek Koman of Equilibrium Personal Training.