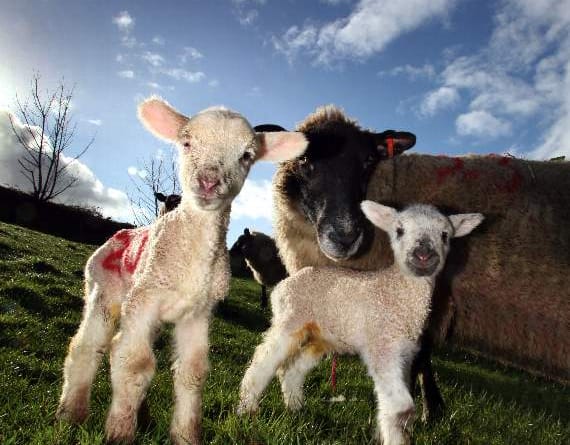 WITHIN 24 hours, two sheep in lamb have been attacked by what is believed to be the same dog, in the Long Ash area of Roborough Down.

The first sheep was found dead by a local resident at 8am yesterday (February 4) and the second was found today (Tuesday) at 7.15am alive but had been savaged around the head. Both incidents were reported to Dartmoor Livestock Protection officer Karla McKechnie.

Karla believes there is a possibility that the second sheep will live, but added that there was a ‘high chance’ that she could abort her lamb or lambs due to the trauma of the attack.

Karla added: ‘Both of these sheep were in lamb. This was definitely a dog, either one on the loose or someone out walking their dogs early in the morning.

‘These animals needed urgent medical assistance — it is totally unacceptable to leave an animal injured in this way as it becomes a welfare issue as we have an animal that has a severe injury and needs emergency assistance.

‘This is an appalling act and I really urge people to keep their dogs on leads around livestock, especially at this time of year.

‘I also had a further two incidents of dogs chasing sheep, one at Haytor and another at Belstone.

‘If there are any witnesses or anyone has seen anti social dogs in the Long Ash area, contact myself or the police on 101.’

Anyone who sees an animal injured or in distress, being worried or attacked by a dog or in need of help of any kind can contact Karla on 07873 587561.