Man sadly passes away in Yelverton 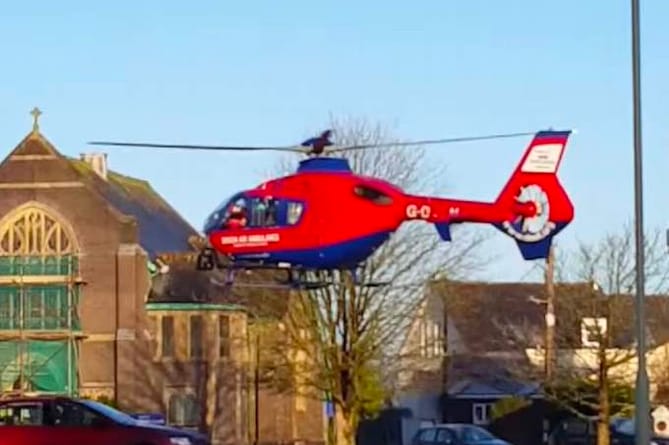 THE DEVON Air Ambulance who attended an incident in Yelverton this morning involving a gentlemen have confirmed that the man has sadly passed away.

The air ambulance was tasked to a mission just after 8.30am in the village, where the man was reported as not breathing. Police were called by the ambulance service at around 9.50am with a report that a man in his 30s had been found deceased at his home address. A spokesperson confirmed to the Times that the man was pronounced deceased at the scene.

His next-of-kin have been informed. The death is not being treated as suspicious and a file is being prepared for the coroner.

An eyewitness observed the air ambulance land on and take off from the green space in between Dousland Road and Rock Methodist Church and said that two police cars were in attendance.