Yelverton Fire Station is seeking new recruits — do you have what it takes to be a retained firefighter? 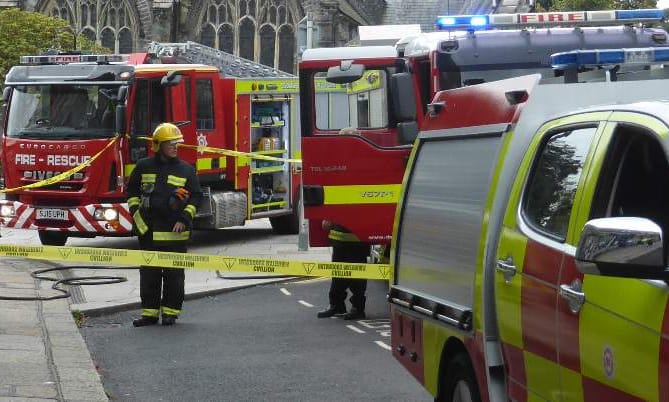 A VILLAGE is on the look-out for new recruits who have a burning desire to be a part-time firefighter.

Mr Glanville said there were members of Yelverton’s team who wanted to retire from the service but were unable to do so because there were not any replacements for them.

He said the role would be part-time, with applicants having to be available during the day as part of their shift rota.

Clothes worth £400 stolen from Tavistock store

Mr Glanville said: ‘We are trying to get recruits, but we are struggling because people no longer live and work in the area.

‘The sort of people we are looking for have to be over the age of 18, physically fit and it’s important they don’t suffer from claustrophobia. It’s not a full-time role, but it would be a good second occupation.’

He added: ‘I’ve got four people who are over 60 and there are some who want to retire, but they don’t because they feel they would leave us in the lurch.’

Anyone interested should turn up at the station on Monday night’s drill evening, which starts at 7pm, or contact Mr Glanville at [email protected]