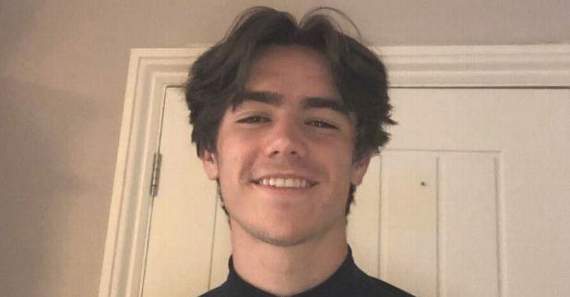 The 19-year-old winger has been scouted several times by Lambs boss Stuart Henderson, who then watched him first hand when Parry starred in Brixham’s midweek win over Newton Abbot Spurs.

Despite interest from elsewhere, Parry decided the Lambs were the perfect place for him to further his football development and he is expected to make his debut in Tuesday’s Western League Premier Division clash at home to Helston Athletic.

“I can’t wait,” Parry said. “I have been looking to get into the league above for a while, but I have been waiting for the right team. I had a couple of offers, but I didn’t think it would be the right move for me.

“I heard Tavistock were interested and I thought they sounded like the best team for me to move on with.

“I really liked it at Brixham, they are really well managed and I have been there for two years now. But I think it’s time to move on – and move up, hopefully.

“Stu said he had me watched at the last four games and I didn’t have a clue! It was only the game on Tuesday when I spoke to him and thankfully, I did alright!

“My idea was to play the first seven or eight games for Brixham and then try and find a team near Hartpury, where I am going to University, but now this has come about.

“I really liked the way Stu sold the club to me, they sound well run and ambitious and that’s what I want. I always said to Brixham that my aim is to play as high as I can and I feel like Tavistock, in the league above and who are a very good side, is the best way to get my name out there more and play a higher standard.

“I want to help the club win promotion and get into the next league, which is a personal goal of mine, so to get promoted with a club is the best way to do it.”

Henderson added: “We have targeted a winger and Josh was recommended to us and we had him watched a few times – I think the fact we went to watch Josh a few times is something that he liked.

“I then went and watched him myself against Newton Abbot Spurs and met him and I was pleased to hear him say that he wanted to play at the highest level he can.

“We certainly wanted a winger to bring into the squad and I like the way he plays. He’s got pace, he can use both feet and he can score goals, so he fits the mould for our club.

“We put notice of our approach in and their manager (Tim Porter) rung up and I had a nice conversation with him. He said as much as they didn’t want to lose Josh, they wouldn’t stand in his way in going to a higher club.

“He had options to go to other Western League clubs, but I am glad that he chose us because we have a reputation for playing good football and producing young players and we certainly feel Josh is one that will prove to be a good signing for us, do well in the league and help us to get closer to our ambitions of reaching the Southern League.

“He is away this weekend, but he will be in the squad for Tuesday’s game against Helston.”

Tavi’s gain is certainly Brixham’s loss, but the Fishermen’s joint-manager, Tim Porter, said the club could not stand in Parry’s way with Tavistock the ideal club for him to further his football career.

“Josh is a fantastic lad and a player with incredible ability,” Porter said. “When we brought him into our side two years ago, from the South Devon League, he quickly demonstrated how cut out he was to play at this level of football, but we knew – deep down – he was always destined to play at a higher level.

“At Brixham, we have ambitions of getting into the Western League at the end of this season – we narrowly missed out last year – and if Josh had stayed with us, we would have really fancied our chances of being up there come the end of the year.

“Whilst we are disappointed that we are losing him, we are really pleased that he is able to push on with his own footballing journey at a club like Tavistock, who we know will look after him and know will play him. He won’t go there and sit on the bench, like some lads that I know at other Western League clubs have been and done.

“He has a great attitude and I know that Stuart and the Tavistock coaches will get the best out of him. Everyone at Brixham wishes Josh every success in playing for Tavistock and we know, from the conversations I have had with Stu, that if circumstances allow, Josh will still turn out for us if that situation arises.”

Everyone at Tavistock welcomes Josh to Langsford Park and we would also like to extend our thanks and gratitude to Brixham AFC and wish them every success with their South West Peninsula League campaign.