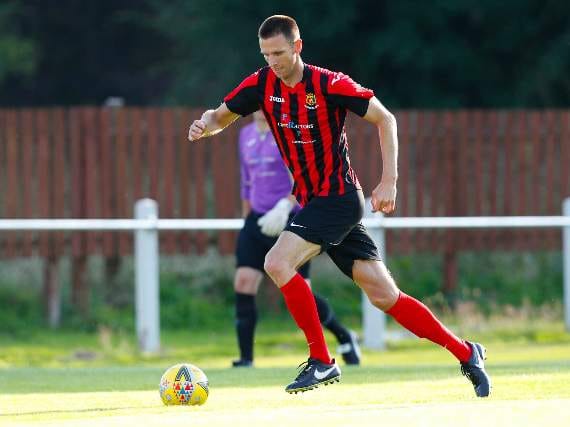 The 38-year-old former Tottenham and West Ham United player played throughout the first half and some of the second before being substituted.

After the 1-1 draw with Parkway, who were promoted to the Southern League last season, Henderson enthused: ‘I think he will be brilliant. It’s the first proper game he’s played in for 18 months and if you get someone who’s played in the Premier League for ten years, he’s going to add a lot.

‘He can play in a variety of positions and is very versatile. Although he’s a defender, he can play in central midfield and centre forward, but the biggest thing for me is that we’ve got a lot of young lads in the squad and to have somebody who has played at the very top level will mean some of that knowledge will rub off on the rest of the lads.

‘He’s lovely bloke and it’s great to have him around the place.’