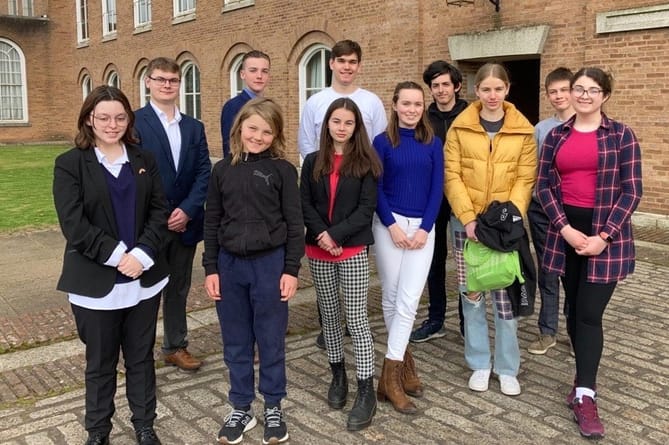 Members of Youth Parliament (MYPs), aged 11 to 18, are elected every two years by other young people in their local area across the UK.

Devon has four MYPs – one for each region of the county – with two deputies in each area. They often meet with politicians, organise events, hold debates and ensure the views of young people are heard.

Following the election in February and March, in which almost 4,000 of Devon’s young people cast votes, eight new MYPs and deputies were chosen to represent their peers:

And the deputy MYPs are:

Speaking after their first meeting at the start of April, Emiko, the new member for Mid & East Devon said: ‘It was great to meet the rest of the team. Everyone here is passionate about making real change in Devon.

‘I’m a firm believer that national action begins at the local level. And if we can make a difference here, that can lead to a much wider impact across the south west and beyond.’

Joe, the new South Hams & Teignbridge MYP, added: ‘I can’t wait to represent the young people who elected me.

‘We’ve had a really good day discussing policy and getting our plans ready; there’s certainly lots of potential to put some great ideas in place.’

They met to discuss their priority issues, which are partly based on the results of the associated Make Your Mark ballot – the UK’s biggest consultation for 11 to 18s – that took place alongside the elections.

It found that Devon’s youngsters rank the environment as their top priority, followed by health and wellbeing, and thirdly jobs, money and homes.

Working alongside members of the newly formed Devon Youth Council, the Youth Parliament team will create a countywide manifesto that will outline key messages from young people across Devon.

It will be published next month.