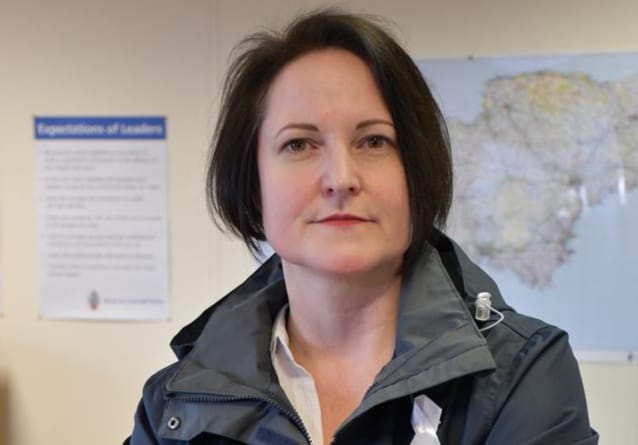 The Police and Crime Commissioner lead on road safety is urging drivers to take extra care as millions take to the roads for the Easter break.

The RAC estimates that 25.1m road trips will be made by car between Good Friday and Easter Monday – making it the busiest Easter on UK roads in at least eight years.

Popular tourist routes the A303, M6 and a stretch of M25 have been named as bank holiday traffic hotspots by the motoring organisation.

Police and Crime Commissioner Alison Hernandez, whose Devon and Cornwall constituency has more domestic visitors than any other area of England and Wales, is appealing for road users to be patient and cautious so they arrive at their destination safely. Her plea comes after the Westcountry force dealt with a number of serious and fatal incidents over the course of a few days.

The Commissioner, who leads on road safety for the Association of Police and Crime Commissioners (APCC), said: ‘After a tough couple of years our Westcountry hospitality sector is ready to welcome visitors with open arms, but we would rather they arrive a little later and safely than risk their lives and others’ by rushing.

‘Tragically, while Devon and Cornwall have among the lowest recorded crime rates in the country, we have far too many road casualties, with 660 people killed or seriously injured in the year to June 2021.

“Road traffic collisions increase in the months from April to October when our roads are busiest, with most fatalities on rural roads. Those in vulnerable road user groups, such as cyclists and motorcyclists, are more likely to be killed or seriously injured. Many of those involved in these collisions are local people, not necessarily visitors, so we are working with our local communities to encourage them to take extra care too.’

Devon and Cornwall Police is appealing for witnesses or dashcam footage relating to two recent road traffic collisions.  A 56-year-old man riding a Vespa died after a collision on Saturday (April 9) and two people were killed after a four-vehicle incident on the A30 near Chiverton Cross on March 28.

The Commissioner helped to establish the Vision Zero South West road safety partnership, which is pioneering behaviour change work, enforcement activity and engineering solutions across Devon and Cornwall with the aim of reducing the number of people killed and seriously injured on the counties’ roads.