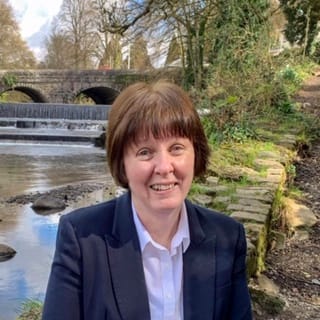 VETERAN councillor Anne Johnson has insisted a plan to soften the blow of rising costs should be sorted out as soon as possible.

Tavistock town councillors, facing a shock £180,000 increase in insurance and energy bills, had been considering waiting to see if conditions had changed.

They are keen to get an action plan in place ahead of elections scheduled for next May, when a new council might face the possibility of having to deal with the fall-out from this year’s price increases.

Members of the council’s budget and policy committee have been examining two extensive reports which suggest they have to be careful with their resources.

Councillors were told by town clerk Don Hellings that ‘it is important, vital’ that they go ahead with projects they are comfortable with.

He said they were facing risks which were ‘at a higher level than you would wish at a normal level.’

Town council finances and staff numbers were hammered by the financial fall-out caused by Covid-19.

Cllr Johnson, who served two terms through the pandemic crisis, said they could not keep ‘dilly-dallying’.

She said they were a wealthy council with a huge number of assets, but had ‘heritage’ buildings which were expensive to maintain and added: ‘I think we should get on with it as soon as practically possible.’

Committee chairman Cllr James Ellis refuted suggestions the council had not achieved much this year. He said they had been involved in a £2million-plus project (the Guildhall) and kept services going which benefited the town, despite the difficulties they faced.