Arts - Fascinating film about the Battle of the Somme 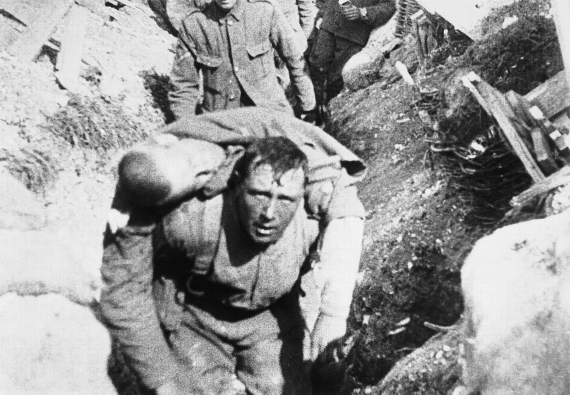 This year, the Imperial War Museum and Exeter’s Royal Albert Memorial Museum are working together to show the UNESCO listed film The Battle of the Somme, to audiences across the world.

Shot and screened in 1916, it was the first feature-length documentary about war and changed the way both cinema and film was perceived by the public. In the year of its release around 20 million people, almost half the population of Britain at the time, watched the Battle of the Somme many hoping to see the image of a loved-one, or friend captured on film. One hundred years later, this unique film from IWM’s collection, is being shown to commemorate the anniversary of the Battle of the Somme.

The film will be screened at Exeter’s RAMM for a fortnight starting tomorrow, Friday July 1, the 100th anniversary of the start of the offensive. Visitors can drop into continual, free screenings Jul 1 to 15 during opening hours (10am to 5pm, closed Mondays).

Places for four separate free screenings for schools can be booked online or from reception in person or by phone on 01392 265858.

Plan to replace units gutted by fire in Yelverton

Thunderstorm warnings rolled over into Wednesday

The film was commissioned by the War Office to record the first major offensive in which the British army took the major part on the Western Front during the First World War. Assuming the offensive was going to be a great success, it became the first ever feature-length visual glossary of war. Unique for its time, it has been described as candid and realistic yet also propaganda and documentary — an actual account of the meaning and difficulty of fighting in war.

The Battle of the Somme is now most remembered for its heavy casualties. On the opening day, the British army suffered its heaviest ever losses in any 24 hour period, 57,470 casualties of which 19,240 men were killed. The French had 1,590 casualties and the German had 10,000 to 12,000 losses. When the offensive ended in November British and French forces had advanced only six miles; the British Army had suffered an estimated 420,000 casualties, the French 200,000 and the Germans nearly 500,000.

The film is accompanied by Laura Rossi’s new score which was commissioned to mark the 90th anniversary of The Battle of the Somme.